How can we identify a shark from its fin? Training Indonesia’s inspectors to protect endangered species 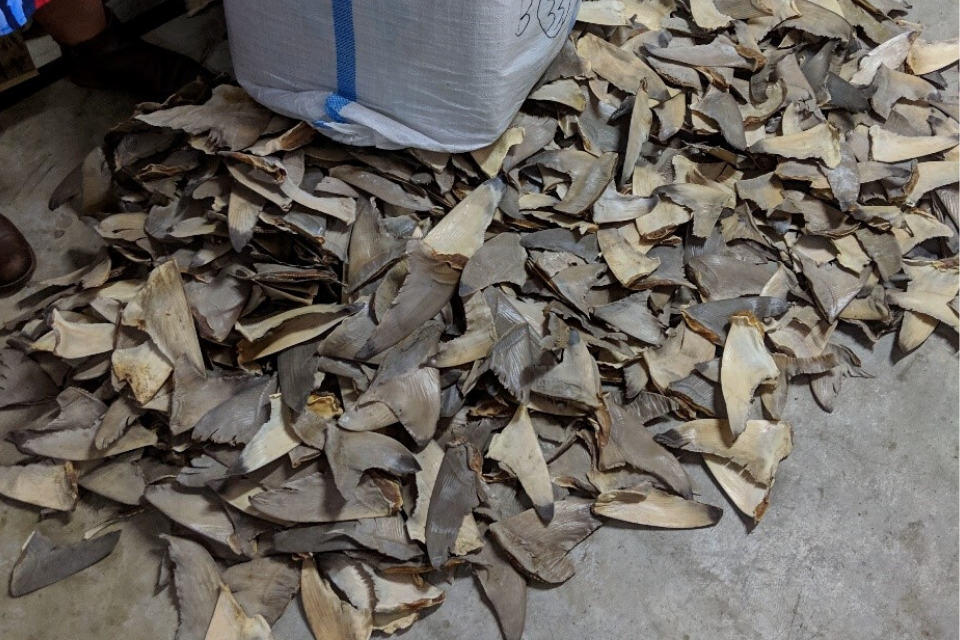 Cefas scientists are partnering with government officers, researchers and shark trade experts in Indonesia to enable identification of endangered species among their shark products in trade.

As the world’s biggest catcher of sharks and one of the biggest exporters of shark-derived products (including fins, meat, liver oil), Indonesia has the challenging task of ensuring that this trade is regulated and legal. The large volume of shark products means that the staff inspecting shipments must be able to quickly and precisely identify from which species a product comes from. Some species including hammerheads, threshers and silky sharks, are listed under CITES Appendix II, which means trade is closely controlled for their protection, and requires an export permit for trade to be legal.

The Ministry of Marine Affairs and Fisheries (MMAF), the Indonesian government department tasked with implementing these CITES requirements, have identified that their greatest challenge is species identification, especially where partially processed products (including fins, meat, gills) make it difficult to determine source and legality.

Cefas scientists have been working with MMAF to develop new tools and systems for identification, building on the latest available identification guides including for examples those created by the Pew Trust and WCS. Now in its second year, our Illegal Wildlife Trade Challenge Fund project will tackle this challenge directly by designing and implementing an advanced “train the trainer” programme for a group of specialists who will become the country’s Elasmobranch Trade Training Team. These specialists, who will be recognised by Indonesia’s national training centre, will be responsible for the on-going training of current and new inspectors throughout their six national offices during and beyond the lifetime of our project, sharing these techniques to identify illegally traded shark species.

Over the last few months our project partners, MMAF and the Wildlife Conservation Society Indonesia Programme, have been working alongside their National Training Centre to design this comprehensive training programme. The course will take participants through over 40 hours of training involving lectures and practical tasks across six modules. These modules include;

Our Elasmobranch Trade Training Team will be the first to receive specialist training from national and international experts, as well as an additional course from the national training centre on how to effectively teach.

Cefas scientists will travel to Jakarta in November when the training of the trainers begins. The first training block will include the modules on policies and regulations and the fundamental biology and ecology before specialist species identification (including visual fin ID training and sampling for DNA analysis) training takes place in January. Once the trainers have completed their training and passed their assessments, training of their colleagues throughout the six regional offices will begin.