Unsustainable trade of shark products, most notably shark fins, threatens the survival of some species. The Convention on the International Trade in Endangered Species of Wild Fauna and Flora (CITES) is an international agreement that aims to ensure commercial trade in wildlife does not threaten species survival. Several shark and ray species have been listed on CITES, including manta rays and hammerhead sharks, meaning that countries are obliged to regulate trade in these species. However, illegal and unsustainable trade of prohibited species still occurs. This not only threatens the survival of shark species, but also the health of the oceans and the livelihoods of people who depend on them.  Now our international team of governmental, non-governmental and scientific agencies is attempting to solve one of the biggest challenges facing the shark fishing industry, in the largest shark fishing country in the world: Indonesia.

Indonesia is one of the world’s largest exporters of shark and ray products, which includes fins, meat, liver oil and skin. Shark fin soup is a luxury dish that is consumed in some southeast Asian cultures. Fins can fetch large sums of money on the market to fuel this demand. Other products such as liver oil and gills are used in medicines, cosmetics and dietary supplements. Consumers are largely unaware which species their products come from, and once processed, identifying the species can be difficult. This is a challenge for those trying to monitor and regulate the legality of trade.

Helping the Indonesian shark trade inspectors to better identify which species products come from is key to ensuring international trade is legal, sustainable, and support efforts to protect endangered species.

The Convention of the International Trade in Endangered Species of Wild Fauna and Flora (CITES) contains a list of all species that require international trade to be controlled (Appendix II). For species in Indonesia, this list includes oceanic whitetip sharks, whale sharks, silky sharks, all thresher sharks, and great, scalloped and smooth hammerhead sharks. Trade in all manta and devil rays is also controlled under CITES.

Over the next three years, the Centre for Environment, Fisheries and Aquaculture Science (Cefas) will be working with the Ministry of Marine Affairs and Fisheries (MMAF), Republic of Indonesia, the Wildlife Conservation Society (WCS), Indonesia Program and the University of Salford, UK on a project funded by the Illegal Wildlife Trade (IWT) Challenge Fund to tackle illegal and unsustainable shark trade in Indonesia. In recent years, the Indonesian government has taken great strides to enhance the protection and sustainable management of their marine environment, such as declaring a shark sanctuary and protected species status for manta rays. This project will complement and build upon those efforts.

The project aims to improve the capability of government agencies to identify which shark and ray species are being traded so they are better able to implement and enforce regulations to better manage their trade. This is currently very challenging, particularly when the products are transported as individual fins or pieces of meat. It is possible though, and our project team will be using an arsenal of resources to help them tackle this problem. Combining the most up-to-date techniques in fin identification and state of the art DNA forensics, the team hope to equip enforcement agencies with the resources they need to strengthen sustainable trade regulations. 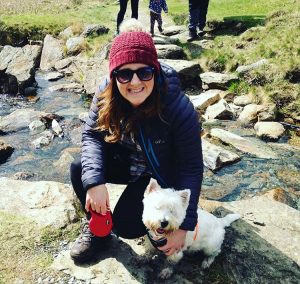 I have been a scientist at Cefas for over 6 years and lead research on the topic of marine wildlife trade. My earlier research focused on the legal trade of ornamental species, working with industry stakeholders in exporting countries and the UK to better understand live fish trade dynamics and governance structures. More recently I have been working on illegal aspects of trade in marine wildlife including the use of cyanide to capture live fish and controlled trade in species which are listed under CITES Appendix II.

“Cefas have been supporting the UK government with scientific and technical advice on the marine environment for over 100 years, so this project is a really exciting opportunity for us to share our experience with project partners in Indonesia. We want to know what is working well and what the key challenges are in the way Indonesia currently monitor their trade in shark and ray products. We will then coordinate staff training and resources to address the biggest challenges and support the Indonesian authorities to better identify CITES listed species, as well as provide recommendations for managing their shark fisheries into the future.” Follow Joanna on twitter. 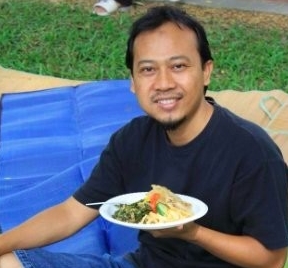 I have been working at the ministry of Marine Affairs and Fisheries here in Indonesia for more than 15 years. I work within the Directorate General for Marine Spatial Management and have a specific responsibility for marine conservation. CITES is one of the international conventions that sits within my conservation portfolio and my team are tasked with ensuring that all Appendix II listed species are legally and sustainably traded.

“This project is both important and timely for assisting the Ministry in the implementation of its role to manage CITES listed marine species in Indonesia. Many new species have recently been added to CITES Appendix II and this project will support us to focus on the legality and sustainability of the fisheries sector that supplies shark and ray products.” 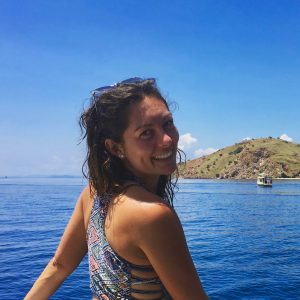 I am a conservation scientist and practitioner with 7 years of experience working on a range of complex conservation issues, from protected area management and anti-poaching in Tanzania to community-based tourism in Ethiopia to wildlife policy and trade in Cambridge, UK and South-East Asia. I began working with the Wildlife Conservation Society in 2016 as a Sharks & Rays Advisor for the South-East Asia Archipelago. I assist with developing and implementing a program of cross-cutting strategies to address overfishing and unsustainable trade of sharks. This includes policy development, law enforcement, stakeholder engagement, and ensuring our work is informed and evaluated by the best available science.

“WCS Indonesia’s shark program aims to ensure that sharks are effectively protected and sustainably managed, so that they can deliver ecological and socio-economic benefits to both people and ecosystems. This project will develop critical systems and capacity for controlling trade in shark products, and ensuring utilisation is sustainable and compatible with the long-term survival of shark species - a major strategic priority for achieving this vision.” Follow Hollie on twitter. 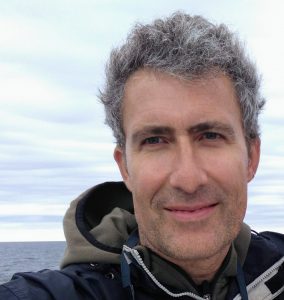 I have studied marine ecology, evolution and conservation for over two decades, across a multitude of habitats and regions. Most of my research is underpinned by the use of DNA-based approaches to investigate biodiversity and driven by the desire to improve the management of the oceans.

I have supervised 18 PhD students and 10 Post Docs, served in and chaired various research panels and boards, and disseminated scientific findings to the general public via TV documentaries, festivals and newspaper articles. Details on scientific outputs can be found here.

“DNA sequences really are a universal key to unlock uncertainty of species identity, once the external features of an organism are removed after landing. We have made huge strides in assessing and understanding biodiversity under this lens, but much still needs to be done to implement these approaches in the context of active conservation in the developing world. Having an Indonesian national PhD student pioneering these applications and transferring them on the ground is a massive step towards achieving trade sustainability.” Follow Stefano on twitter.

Project partners and key traders, including governmental bodies, scientific experts, regulatory bodies and representatives from regional NGO’s, will meet in Indonesia later this year to commence this project and start piecing together the steps needed to improve the shark and ray trade. We look forward to working together to help identify illegal trading and protect endangered sharks and rays.