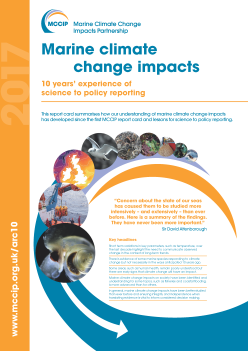 I have been working on the MCCIP programme since its inception, and am very proud that we are marking our ten-year anniversary with the release of the 2017 report card - our most ambitious report yet. As a partnership, we decided to use our latest card to reflect on how our understanding of marine climate change science has evolved over the past decade, and the lessons we have learnt about effective communication with policy makers and wider stakeholders.

The latest card builds upon contributions from 400 scientists to MCCIP report cards over the past decade, and Sir David Attenborough has said of the 10-year endeavour:

Concern about the state of our seas has caused them to be studied more intensively – and extensively – than ever before. Here is a summary of the findings. They have never been more important.

Indeed, the extensive findings from this report card (and associated Science Reviews) range across the full spectrum of marine and climate change science, including (amongst others) impacts on fisheries, temperatures, oceanographic processes, pH balances, and seabirds. 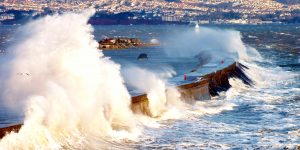 In the 2017 report card, the MCCIP partnership finds that: 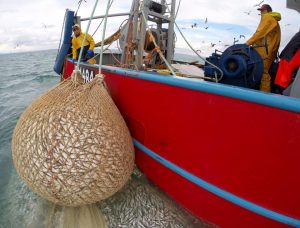 I have witnessed the key role that Cefas has played is success of the partnership since its inception. We provide the secretariat for the partnership and 32 of our scientists have contributed widely to all report cards. Working closely with our colleagues and peers across partner organisations and the scientific community, we established a clear shared vision, and MCCIP quickly became established as a trusted, authoritative, voice on the impacts of climate change at the coast. I am very pleased to note the interest our model and collaborative ethos has received, even being adopted elsewhere in the UK and internationally.

All of those involved in MCCIP have played a valuable role in highlighting marine climate change issues, from large scale impacts on ocean circulation (and the effects this has on the climate we ‘enjoy’ in the UK) to the harmful effects microscopic algae and pathogens might have on our health. These issues present significant challenges to how we manage marine resources and conserve species and habitats, some of which we are only starting to understand. In ten years’ time, the MCCIP hope to continue to play a key role in communicating marine climate science; helping to inform the important decisions we need to make to ensure clean, safe, healthy and productive seas in the face of climate change.

Paul Buckley is a Marine Climate Change Scientist at Cefas. He has contributed to MCCIP for over 10 years and sits on the MCCIP Secretariat.